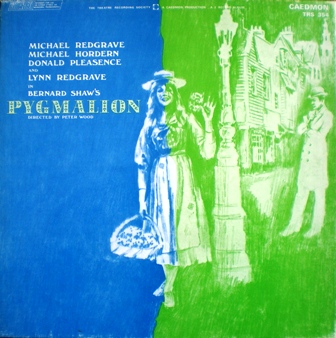 This is a recording of the stage play by George Bernard Shaw in five acts. This particular production starred Lynn Redgrave, Michael Redgrave, Donald Pleasence and Michael Hordern. It was directed by Peter Wood. The back of the record box contains the Preface to Pygmalion which was written by G Bernard Shaw himself.